People are exposed to phenolic and polychlorinated compounds in their surroundings, such as Bisphenols and Benzophenones (BPs). These substances are regarded as ubiquitous because they are frequently employed in the production of consumer goods. For instance, BPs blocks Ultra Violet (UV) rays in a variety of consumer goods, such as sunscreen or curtains with UV protection. Additionally, one of the most frequently produced chemicals in the world and one of the widely investigated Bisphenols which is utilised in the production of epoxy resins and polycarbonates for use in consumer goods as well as recycling.

Antibacterial ingredients like triclosan and triclocarban are found in personal care and cleaning or disinfection products. Pesticides and herbicides can contain chlorophenols, and 2, 5-Dichlorophenol (2, 5-DCP) is also used as a disinfectant. In order to stop fungal growth in fruit orchards after harvest, phenyl phenols, which are fungicidal agents, are frequently applied. These substances can also be employed for commercial or domestic disinfection. The majority of these substances degrade quickly and are removed in the body through faeces and or urine, proving that they are not persistent. However, some substances show pseudo-persistence, which enables them to stay in the body practically constantly as a result of repeated or continuous ingestion, skin contact, or inhalation. Due to the possibility of endocrine disruption, this continual exposure is under investigation. The current human bio monitoring study was carried out with the intention of monitoring measures of these compounds in the urine and serum of parents and infants during nursing and mixed diet eating periods. Over one hundred new-borns and their parent’s urine samples were examined as part of this tiro investigation. Additionally, paired samples from roughly 60 infants from the food research were used, both before and after being exposed to a mixed diet. Comparing urine samples from mothers and fathers, the amounts of these chemicals in fathers’ urine were noticeably higher. When estimated Daily Urine Excretion (DUE) data were utilised, this difference vanished. Infants exhibited significantly higher DUE values than their parents for BP, 4-Hydroxy-Benzophenone (4-BHP), BPA, BPS, triclosan, and 2-phenylphenol. Certain new-born samples showed the greatest levels of BP-3, with some patient samples 20 and 40 times higher than the peak value in mothers and fathers, respectively.

The concentrations of triclosan, BP-1, and BP-3 were all significantly connected with one another, indicating that they were all derived from domestic sources. As with 4-BHP and BPA levels, there was a strong correlation between the concentrations of these substances in babies and their mothers. In comparison to within families, where parents exhibited a strong link among themselves, there was more heterogeneity in the levels of these compounds between families. Other compounds beyond these ones displayed comparable correlation changes or increases. Thus, some families may have experienced simultaneous exposure to many drugs. Notably, some substances, such BP-1 and 4-HBP, are by-products of the metabolism of BP and BP-3 substances and are used for their own qualities. Seven chemicals, including BP, BP-1, BP-3, 4-HBP, BPA, and BPS, were detected in more than 50% of urine samples from both groups in the food study. Depending on the study method, the excretion profile varies, although some components were higher in new-borns than in their parents. After accounting for osmolality, infants who were exclusively breastfed had greater levels of 4-BHP but lower levels of BP-1, BPA, BPS, and 2, 4-DCP.

Infants that were primarily breastfed excreted higher quantities of 4-BHP and triclosan when weight-adjusted than infants who were introduced to other diets. Inhalation of chemicals from personal care or cleaning products, including those used by their parents, may be the cause of this. Another potential source of these chemicals is breast milk. 2, 4-DCP, 2-PP, and 2, 5-DCP were more frequently found in the mixed diet group. This is probably because a lot of these pesticides are used to grow the grains, fruits, and vegetables that constitute the foundation of solid foods. Infants in the cohort who exclusively breastfed were typically two weeks old to 30 weeks in the cohort that consumed a varied diet. Therefore, when evaluating the urine excretion profile, the exposure length should be taken into account. There were no associations for any substance between the two groups and intra-individual variation was significantly greater than inter-individual variation.

Both parents and new-borns were found to excrete small amounts of chemicals in their urine. However, the presence of multiple endocrine disruptor chemicals in the same samples suggests the possibility of additive effects between the chemicals as well as with other dietary or environmental contaminants. The majority of this exposure came from parental or newborn personal care products and chemicals found in common home items. Even though the amounts greatly differed between adults and infants within households, parental exposure often paralleled infant exposure. This might be because these compounds have been purposefully phased out during the past few years. However, this ingredient is only permitted in a very small number of personal care items and at a very low concentration. It is interesting that triclosan detection rates were high. The new study also illustrates how crucial it is to use approximated in order to achieve more precise values that accurately reflect actual exposures. This technique showed that infants were exposed to some of these chemicals at similar or higher rates during exclusive nursing than after the introduction of other foods. 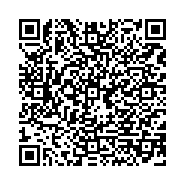