The Bacillus cereus group of microbes are spore-forming, environment-wide organisms. Therefore, it is feasible for B. cereus to infect a variety of consumer goods, including cosmetics either as raw materials or during manufacturing. Eye infections can arise from B. cereus contamination of cosmetics applied close to the eyes especially in persons who already have trauma or injury to this region. Some of those infections might be so severe that they can impair vision. Any pathogen that can be cultivated from cosmetic goods is likely to have the genetic make-up necessary to survive in the cosmetics matrices and to withstand the preservatives used to keep germs from growing during regular consumer usage of the product [1]. Therefore, by profiling isolates discovered as contaminants in the products we can find elements that might contribute to pathogenicity and persistence as well as isolates that might end up as helpful reference strains.

Genomic analysis can reveal the toxin-producing capacities a specific isolate possesses and aid in determining whether additional virulence genes were acquired. The B. cereus group consists of at least twelve closely related species, including B. anthracis, B. cereus, B. thuringiensis, B. mycoides, B. pseudomycoides, B. weihenstephanensis, B. cytotoxicus, B. wiedmanni, and B. toyonensis, as well as the recently discovered B. paranthracis, B. pacificus. Some of them carry strong toxins such as the two large plasmids known as pXO1 and pXO2 that create the tripartite anthrax toxin and cause the lethal effects of B. anthracis, the pathogen that causes anthrax. The insect pathogen B. thuringiensis can create immune inhibitor metalloprote- ases that can seriously harm the eyes, but it also makes crystal poisons that make it useful as a commercial biopesticide [2]. B. cereus can create toxins that cause eye infections, systemic infections and gastrointestinal illnesses.

Some strains of B. cereus may also possess  particular genes that provide resistance to antimicrobials or preservatives. However the durability of their spores, which can endure severe environments may account for some of B. cereus persistence in cosmetic matrices. Preservatives are used in cosmetics to reduce the overall concentration of aerobic bacteria per gram and prevent the persistence of high-virulence microbial diseases. B. cereus strains that endure in spite of preservatives present hygienic problems and may be suitable microbiological candidates for studies on the safety of cosmetics. When using eye cream preserved with parabens, we previously noticed that the B. cereus reference strain ATCC14579 was not adequately suited for long-term survival. Here, as part of a microbiological examination of eye area cosmetics created with non-traditional preservatives, we genetically identify a strain of B. cereus known as “3A-ES” that was originally characterised as B. cereus 3A and isolated from eye shadow [3]. The cosmetics under investigation were obtained from regular retail stock and had been made with plant extracts some of which may have been in- tended to work as antibacterial agents, as well as minerals, mica, and iron oxides, organic seed oils, tapioca, corn and mica powders. These cosmetics lacked the conventional preservatives that are more frequently found in cosmetic products, such as organic acids, alcohols, phenols, aldehydes and formaldehyde releasers, isothiazolinines, biguanides or compounds containing quaternary ammonium.

The Pleiotropic Transcriptional Regulator activates a number of the virulence factors released by members of the B. cereus group, including enterotoxins, haemolysins, Phospholipases, and Proteases (PlcR). The presence of PapR, a short signalling peptide that functions as a quorum-sensing effector is necessary for PlcR activity to reach its peak at the start of the stationary growth phase. In particular, PapR is exported processed and then imported back into the bac- terial cell as a heptapeptide. This processed heptapeptide then interacts with PlcR to help it attach to the nucleotidic sequence PlcR box which is situated upstream of its target genes [4]. The genome of B. cereus 3A-ES had this pair of PlcR/PapR transcription regulators, and the presence of PlcR has previously been linked to the swift destruction of retinal function in cases of Bacillus endophalmitis. B. cereus also possessed the same transcription regulators, toxin and enzyme genes as other B. cereus group members.

These genes included the gastrointestinal infection-causing Cytotoxin K (cytK), the Haemolytic Enterotoxin Genes (hblCDA) and three Nonhemolytic Enterotoxin Genes (NheABC). Additionally, pore-forming toxins including thiol-activated cytolysins, hemolysin A and hemolysin III, which are involved in non-gastrointestinal infections were found. Genes for enzymes like phospholipase C and collagenases are also present in B. cereus 3A-ES. Collagenase phosphatidylcholine-phosphatolipase C, and tipartite hemolysin BL may increase the severity of B. cereus endophthalmitis. Metalloproteases of the Immune Inhibitor A (InhA) subclass were another noteworthy toxin subclass identified in 3A-ES. More recently Inh-A metalloproteases have been demonstrated to be independently related with both retinal injury and degeneration of the vitreous region of eyes infected with Bacillus species. These have been demonstrat- ed to help B. cereus spores endure and avoid assaults from macrophages. Although these toxins are strongly linked to the synthesis of tissue-destructive or re- active exoenzymes, damage to ocular tissues may not be entirely attributable to specific toxins alone, according to research on strains with various gene combinations. Virulence may be caused by toxin combinations or toxin interactions with other factors [5]. 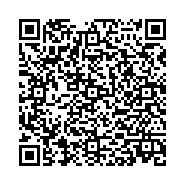