The Medicinal activity of curcuma longa in treatment of cancer

Cancer is the second most life-threatening disease and one of the biggest public health problems in the world. There are several common strategies that can target specific cancer cells to inhibit tumour development, progression and metastasis without causing serious side effects. Curcuma longa and its constituent curcumin are extensively evaluated for anticancer activity. Curcumin possesses huge remedial capacity because of its multi-concentrated on impact towards many unique carcinoma along with leukemia, genitourinary cancers, gastrointestinal cancers and breast most cancers etc.

Among them, curcumin is the most important component in the turmeric rhizome. It was first extracted from the turmeric plant in pure crystal form in 1870. Curcumin and its derivatives have received a great deal of attention in the last 20 years due to their biological functions such as anti-tumor, anti-oxidant and anti-inflammatory activities. Cancer may be dealt with via way of means of surgery, chemotherapy, radiation remedy, hormonal remedy, focused remedy (consisting of immunotherapy along with monoclonal antibody remedy) and artificial lethality, usually as a sequence of separate remedies (e.g. chemotherapy earlier than surgery). The desire of remedy relies upon the region and grade of the tumor and the level of the disease, in addition to the overall nation of the affected person (overall performance status.

Several studies have reported the antitumor activity of curcumin against cancer, carcinoma, head and neck epithelial cell carcinoma, prostate adenocarcinoma, and brain tumors, indicating that it may target a variety of cancer cell lines.

Despite all the above advantages, the application of curcumin is limited due to its low solubility in water, which ultimately leads to poor oral bioavailability and low chemical stability. While turmeric powder is pleasant referred to as one of the essential substances For conventional Ayurvedics, turmeric plant became an extremely good herbal antiseptic, disinfectant, antiinflammatory, and analgesic, even as on the identical time the plant has been frequently used to aid digestion, to enhance intestinal flora, and to deal with pores and skin irritations. Also, in South Asia it has been used as a without problems to be had antiseptic for cuts, burns, and bruises. It focuses on the recent literature on the SAR of curcumin and its analogues and its anticancer activity in various somatic cell lines, animal models and human clinical trials, as well as different types of curcumin in the treatment of cancer.

Curcumin is the active ingredient in turmeric extract and has been extensively studied in recent decades for its anti-inflammatory, antioxidant, anti-cancer, and anti-androgen effects. Curcumin has shown considerable anticancer effects against several different types of cancer in vitro and in vivo, including prostate cancer, breast cancer, colorectal cancer, pancreatic cancer, and head and neck cancer. Additionally, their efficacy and safety in cancer patients, whether used alone or in combination with other anticancer drugs, have been confirmed in several human clinical studies. Curcumin is believed to exert its anticancer activity through multiple mechanisms. However, the anticancer application of curcumin is limited, mainly due to its low solubility in water, resulting in low cellular absorption, poor oral bioavailability, and low chemical stability. To overcome these limitations, different methods have been adopted, such as structural modification and the use of drug delivery systems. 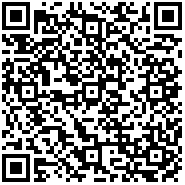